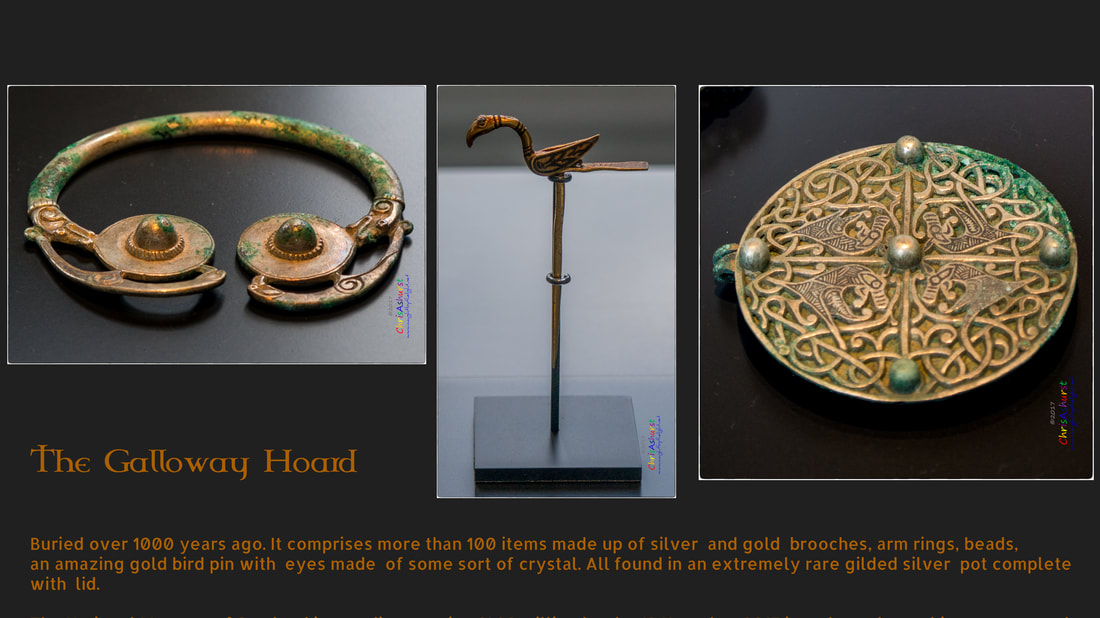 Discovery of these amazing treasures, has set the world of the historians and archaeologists alight.  The implications of finding such a mixture of artefacts will mean re-visiting our understanding of not only the  social conditions of the 'Viking' period in Scotland but beyond into the rest of the British Isles, Continental Europe and beyond.
The mixture of items - Viking, Anglo-Saxon,  some emanating from Ireland, others from Continental Europe, and maybe even the Mediterranean or North Africa raises question about the range and influence of the Vikings at the time.

The hoard, well actually two hoards,  were discovered in a field near Kirkcudbright in Galloway, in South-West Scotland. It appears that they were buried in/under a building about 2 feet (60cm) with the second below it.
Entrusted to  care of the National Museum of Scotland, Edinburgh while funds are being raised to acquire the hoards.

No one knows who hid these objects. Maybe this will become clearer as they are researched, One of the suggestions is that it may have been a group of several individuals.